“Time is in fact the hero of the plot… Given so much time, the ‘impossible’ becomes possible, the possible becomes probable and the probable becomes virtually certain. One only has to wait: time itself performs the miracles.” 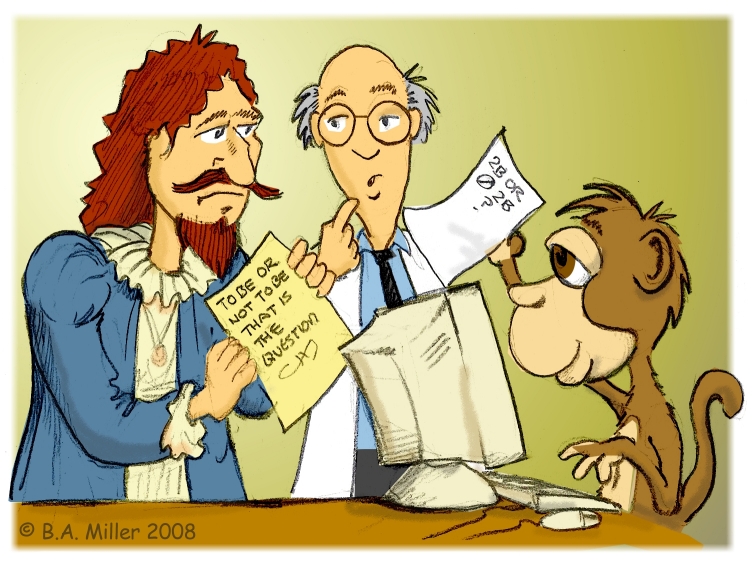 The infinite improbability drive is a fictional space ship engine invented by fiction writer Douglas Adams. It enabled a ship to go to any point in the universe in only a few seconds. The ship would reach its destination when the probabilities in the drive were equal with the probability of being in the new location in that amount of time.

In 1860, in the famous debate between Thomas Huxley and Bishop Wilberforce, Huxley put forth the idea that six eternal monkeys using typewriters that never wear out, having an unlimited amount of paper and typewriter ribbon would be able to produce a work of Shakespeare merely by typing the keys at random. The key to this argument is infinite time, and includes an ignorance of the 2nd law of thermodynamics.

At the time, secular scientists thought that the universe was eternal and were mostly ignorant about the mechanisms of biology. This allowed plenty of time for any chemical combinations to occur. If you also throw out the second law of thermodynamics, which at the time had not been fully developed and which tells us that everything will eventually wear out, you can get anything to happen. Thus, their infinite improbability drive got them to where they wanted to go. Evolution became a “fact”.

Even after the universe was discovered to have had a beginning one evolutionist states the following when speaking of a two billion year time span: “Time is in fact the hero of the plot… Given so much time, the ‘impossible’ becomes possible, the possible becomes probable and the probable becomes virtually certain. One only has to wait: time itself performs the miracles.” -George Wald.

None of us however have two billion years to see if he was right. Evolutionary scientists believe that Shakespeare evolved from a common ancestor with apes in only a few million years. This is only a fraction of the time the eternal monkeys would need to type his works out by accident. If the monkeys started typing when the alleged ape/man split took place, they would still not be finished writing (even with all the granted advantages) by the time the universe ran out of energy. Meanwhile, according to evolution, Shakespeare has already evolved and published his works. Beating the eternal monkeys by trillions of years.

But do scientists really believe everything is possible given enough time? This would have to mean that there are no real absolutes in science? But have you ever heard of absolute zero? If anything is possible then something colder than absolute zero has to exist. What about the speed of light? Is it a constant or did one day it go a thousand times faster than we measure it today? No? In “science” however, only evolution is allowed to defy probabilities and is bound by no absolutes. Evolution has an infinite improbability drive and anything is possible. But that’s true for every fantasy. Fantasies have no limitations, no boundaries. If you can imagine it you can make it happen. When everyone agrees on the fantasy, you have consensus.

In the late 20th century however, things changed. Molecular biology has shown life to be far more complicated that even those alive in the 1950s could have imagined. We have also discovered that there are a host of other very specific parameters that make life and this universe possible. This planet is at the right place, in the right time, in the right universe with all the right chemicals and conditions for life to take place. Earth and the universe look like they were designed for man. Recognition of this fact is called the Anthropic Principle. It agrees with what the Bible tells us. Life and the universe were designed, but that’s not what evolutionists want to hear. They would rather have a highly improbable universe than a designed one.

Since time is now not enough to equal out the odds they’ve needed to upgrade their infinite improbability drive. So they’ve added a new feature. Step one in the upgrade was to notice that if the universe wasn’t the way it is, life wouldn’t be here, so we wouldn’t notice it. Yes, they actually realize this. But that still doesn’t really get rid of the probability problem nor does it have any bearing on whether the parameters were set by a Creator or not. If the universe were designed, it would be the same case, the parameters would be specifically set.

How do you get rid of the idea that our universe and life is just too specifically complex to have been designed by intelligence?

The Emperor’s new infinite improbability drive is another evolutionary fantasy. There’s nothing there. 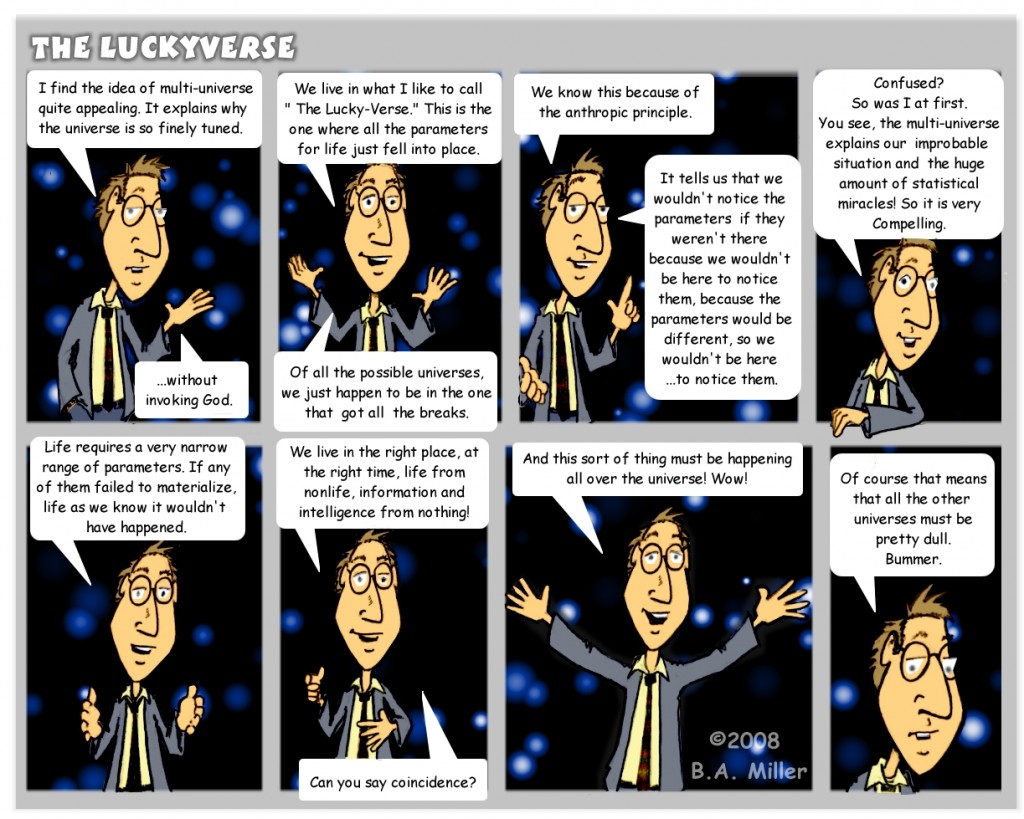