Consensus is supposed to represent the agreement of the experts. Yet consensus also means that there isn’t enough evidence to make a conclusion based on the evidence alone. Not all fields of knowledge rely on consensus as a means to verify a fact. Those that do however suffer from the problem that consensus, once formed, tends to snowball. It attracts careers, institutions, the media, governments and those who are driven by peer acceptance. Once the consensus becomes enforced and entrenched that effect makes the consensus ever stronger and discourages independent thought. Those outside the consensus are labeled as part of the fringe so they can be ignored. 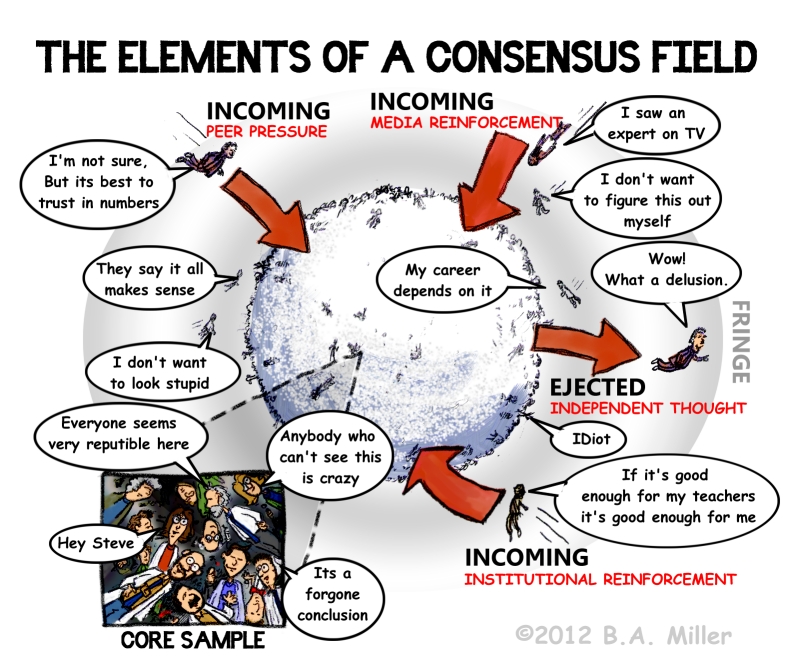 An interesting historical fact is that evolution had almost complete consensus among biologists by the end of the 19th century. This was at least three decades before they even decided that the possible mechanism for biological change was mutation, more than a half century before they began to understand the structure of the DNA molecule and nearly a century before the completion of the human genome project. So the evidence that was driving the consensus on evolution couldn’t ever have been from an understanding of how biology worked. The main evidence for the consensus on evolution was (and still is) based on the interpretation of the fossil record, which does not require consideration of the mechanism that would cause the observed features in life to originate.